It Is Carnival Time!!!

Welcome to the 197th Carnival of Space where bloggers far and wide come together and blog about all things space. I have the privilege of hosting this fine event this week. If you have a blog that just needs to get out and see some people then by all means send Brian Wang an e-mail Here.  Submit your blog   You can even volunteer to host the Carnival of Space. That's enough of the Housekeeping stuff Lets get to the Carnival! 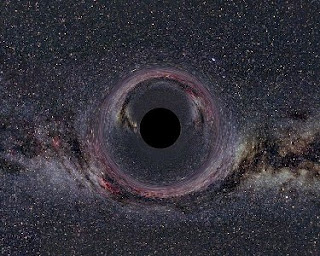 First up is the far thinking blog , Crowlspace. Adam ponders aliens living within Black holes. New thinking and novels of the past point to a maybe.   So what about us? Could we travel to a black hole and live there too? It could happen but chances are we would never know about it. Tough getting the news out of a black hole...  And with all that time dilation going on in a black hole, would it be possible to buy a vacation time-share?Adam lays it all down here at the Crowlspace

Now walk this way to Next Big Future Brian Wang (our overlord here at the Carnival) has a trifecta this week with three very good articles about: a new engine that delivers the same power with less radioactive material. Click Here, to Roger Longstaff, engineer at Reaction Engines Ltd (REL), said that the company intends to test its amazing "pre-cooler" technology in June, 2011. Click Here and last but not least... NASA has selected a mission to Saturn's Moon for Discovery Program Development. The Titan Mare Explorer, or TiME, would perform the first direct inspection of an ocean environment beyond Earth by landing in, and floating on, a large methane-ethane sea on the cloudy, complex moon.  Click Here Brian's blog is always full of new on the edge the cutting edge stuff. After every read I am glad I live in these times. I can hardly wait for the Next Big thing! 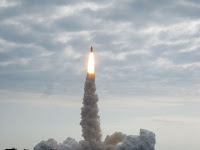 Speaking of waiting,  How about the wait on the Endeavour's launch. I have more than a few friends that have been waiting to make a beeline down south and catch the last launch of Space Shuttle, Endeavour.They are on the way!  The Space Writer's Ramblings Carolyn Collins Petersen, muses on the scrubbed launch of Endeavour; next launch attempt is May 16th. And good luck to the crew as they take another exciting journey. For a great read as always follow This Link to the Space writer.

One of my favorite blogs is the very classic and classy Vintage Space. Your host, Amy Shira Teitel  takes a look at two Mars landers that disappeared: NASA's Mars Polar Lander and the ESA's Beagle 2. Engineers were able to determine the root cause of the loss of MPL and revive the mission years later as the Phoenix lander. The fate of Beagle 2, however, remains a mystery. These two missions are a prime example of the importance of thorough testing and telemetry collection on an interplanetary spaceflight.Take a look Here I love this blog as I have grown up with the space race of the 50's-60's to the modern day hunts for other worlds. Thanks Amy for writing it.

Weird Warp takes another look trying to make heads or tales out of the elevated methane issue on Mars. Deep fractures have been found around the giant Isidis impact basin on Mars. This area called NiliFossae is of interest to scientists because telescopes on Earth measured an increase in methane in Mars’s atmosphere over this area. This could mean life or it could be geological. Some of these incisions are up to 500 m deep and probably formed at the same time as the basin formed. For the scoop go to Weird Warp

Over at the Armagh Planetarium's Blog site Astronotes the discussion is about NASA’s Space Shuttles have become a familiar sight in their thirty years of service, but there have been other shuttle designs which never left the ground. Some were ingenious alternative concepts to the vehicle
which is shortly to be retired, some were potential replacements and
there was even a couple of foreign competitors. take a look Here at Armagh Planetarium's blog examination of  space shuttles that never were.

Now for something completely different... Vega 0.0 takes us to the classroom as we learn a thing or two about how to gauge the brightness of minor planets, asteroids.  You know, those tumbling crazy shaped chunks of space gravel! This post explains how to calculate the absolute magnitude for asteroids and other minor bodies. sharpen your pencil and  head for Vega. Take a translator with you or use the one provided.

We all know the Crab Nebula was formed when a star blew up way back in 1054 and has been getting bigger and bigger. Chandra Blog has been keeping an eye on this explosion in the making. A new Chandra movie shows changes in the Crab from September 2010 to April 2011. The  Chandra blog can be found Here

Starry Critters is last offering of this very exciting Carnival and Starry Critters does not disappoint. You need to check out  Here what Hubble is cooking with a look at images of the Meat Hook galaxy and friends  Hubble never ceases to amaze. Starry Critters explores three new galactic images from Hubble; NGC 4214, NGC 5774, and NGC 2442, the Meathook Galaxy.


Thanks for taking a look at the carnival this week. After My Darling Daughter Meghan is wed in June things will be less crazy at the Astrocorner.
Until next time,
Keep looking Up!